When you hear the word Lamaze, you probably recall a scene from a movie of a pregnant woman in a classroom filled with other pregnant women, where she breathes deeply and rapidly while pretending to be in labor with her partner by her side.

The Lamaze technique has a history spanning at least 70 years and this article will summarize the story behind it, explain what the technique is, give the reader information about where to find Lamaze classes and free resources, as well as what alternatives exist.

This Article Will Cover:

Where did Lamaze get its name?

The Lamaze technique is named after Fernand Lamaze who is credited with bringing it into Western Europe in the 1950s, and is a method of childbirth that aims to prepare a pregnant woman physically and mentally for natural childbirth while avoiding unnecessary medical intervention.

Fernand Lamaze was a French obstetrician who learned about Lamaze, also known as psychoprophylaxis, from the Soviet Union and used this as a basis to create Lamaze classes, where expecting mothers are taught breathing, relaxation and movement techniques. Lamaze believed that if women were better educated about the different stages of pregnancy and labor, then they would experience less anxiety and pain during childbirth.

How did Lamaze get its start in the Soviet Union?

An interesting fact is that according to Paula A. Michaels, author of Lamaze: An International History, it was the Soviet Union who first discovered Lamaze techniques. They wanted to encourage Russian women to have more children in the 1940’s, and so a psychologist by the name of Ilya Vel’vovskii, who was a follower of Ivan Pavlov famous for his experiment with dogs, was one of the main inventors of the Lamaze techniques. According to Michaels, the poor material conditions of the Soviet Union meant that many pregnant women in Russia did not have access to drugs or medical tools that were commonly found in the West at the time. Hence, the method was born in many ways out of necessity.

Vel’vovskii had the idea of offering group classes to pregnant women in order to scale the popularity and usage of the technique, an idea which the Soviet government embraced because the method required a lot of physical training. In the first classes in the Soviet Union, women were taught breathing patterns to affect the brain and interfere with pain signals, a method which was heavily influenced by Pavlonian neuropsychology and the idea of conditioned response.

According to Michaels, the Soviet Union began to stop using psychoprophylaxis in the mid 1950’s – shortly after Fernand Lamaze learned about it, first through a Russian obstetrician named Nikolaev, before himself visiting the Soviet Union and discovering and studying the technique in person.

Lamaze Gains Popularity in the West

Although its usage died out in the ‘50s in the Soviet Union, its popularity across the rest of the world was only just beginning. Fernand Lamaze helped to make the technique known in the West because it filled an empty space: it allowed women to experience less painful childbirth while remaining conscious. He succeeded in part because epidurals had been invented but were not yet widely used, and without epidurals women had no other way to remain conscious while giving birth and at the same time to not experience pain.

In the 1960’s, Elisabeth Bing and Marjorie Karmel founded the American Society for Psychoprophylaxis in Obstetrics, which later became Lamaze International, which is currently the world’s largest prenatal educational organization. Karmel was trained by Fernand Lamaze in Paris and the author of the 1959 book Thank You, Dr. Lamaze, who in turn taught the method to Bing. This brings us to how Lamaze is used today.

A typical Lamaze course lasts at least 12 hours, and both pregnant women and their partners are invited to attend. Women can attend at any point in their pregnancy, and are encouraged to attend from their seventh month of pregnancy onwards so that the information is fresh in their minds at the time of birth.  Historically, Lamaze classes have been conducted in person, but many classes are also available online. In person classes generally have 12 couples or less per class.

What Will I Learn in a Lamaze Class?

Some of the subjects taught in Lamaze classes include: normal labor and birth including videos and the postpartum period, best practices for staying active and informed during labor, breathing techniques and relaxation strategies to deal with pain including massage, walking, different positions and hydrotherapy, advice for receiving support from a partner while giving birth, communication techniques for working with health providers in a group and one-on-one, possible complications that could occur during labor and the best methods to handle them, pain management including epidurals, and finally breastfeeding and early interaction with a newborn baby.

What is the Lamaze Method? The 6 Healthy Birth Practices:

The method can be further broken down into the Lamaze International Six Healthy Birth Practices to promote safe and natural childbirth, and they are:

1. Let Labor Begin on Its Own

By allowing labor to begin naturally on its own when the body and baby are ready, the body’s natural rhythm and physiology are supported while iatrogenic prematurity is prevented and many later interventions are avoided. Women are encouraged to listen to their bodies and to react to their physical feelings.

2. Walk, Move Around, and Change Positions Throughout Labor

By using upright positions and remaining mobile while giving birth, women may experience shorter labors with less periods of severe pain and afterwards experience a greater sense of satisfaction in relation to the birth as compared to women who lie down during the birthing process.

3. Bring a Loved One, Friend, or Doula for Continuous Support

Bringing a companion supports the normal process of labor by reducing stress, allowing information flow and can even be useful for physical support. This also gives the woman in labor an advocate who can can help them to communicate with healthcare staff where needed.

Lamaze International maintains that medical interventions may actually make the birthing process more difficult rather than abetting it and therefore advises women in labor to work with care providers who offer natural alternatives. Some methods that may disrupt the natural birthing process include intravenous fluids, limitations on food and drink, epidural analgesia, electronic fetal monitoring which increase the risk of cesarean surgery.

5. Avoid Giving Birth on Your Back and Follow Your Body’s Urge to Push

This practice espouses giving birth upright or on lying on the side, which allows gravity to assist the woman in labor in comparison with lying down on her back. It also encourages pushing when the urge to push comes.

6. No Separation of Mother and Baby, With Unlimited Opportunities for Breastfeeding

Skin-to-skin contact immediately and uninterruptedly after birth is beneficial for all stable mothers and babies according to Lamaze International. They teach that sleeping together with a baby will not prevent a new mother from sleeping, and as many procedures as possible after birth should be performed while the mother holds the baby, or delayed until a later time period when possible.

Where to Take Lamaze Classes?

Lamaze International offers various courses via its website. If you decide against taking a local course in person, you can enroll in their e-learning course. We recommend starting with their free Labor Confidence course.

Lamaze may be the most well-known natural childbirth technique, but it is far from the only one. Other methods to check out include:

1. The Bradley Method focuses on medication-free births and covers prenatal nutrition, exercise, relaxation and stress reduction and teaches the partner of the pregnant woman how to function as a pregnancy coach.

2. HypnoBirthing uses the power of hypnosis to help women release their fears about pregnancy and labor using visualisation and relaxation techniques. You can view the courses (also online) offered by Hypnobirthing International here.

3. Alexander is a breathing technique commonly used by musicians and performers that focuses especially on breathing and positioning techniques. Prenatal Alexander courses focus on helping expectant mothers to sit and squat in the ideal birthing positions. More information can be found online here.

4. Baby Center offers free childbirth classes that cover topics such as contractions, labor pains, decisions you will have to make about your newborn after birth and more. If your questions are not answered, you can always visit their forum and see what other mothers-to-be and new moms are discussing. While they may not espouse natural childbirth in the same way as Lamaze, they have some great free information.

For those who are active Instagram, here are five accounts to check out for further information about Lamaze and additional topics like attachment theory and positive parenting.

Whatever birth method you choose, the most important thing is to ensure that you feel comfortable and confident and that when the day of labor arrives for you or for your loved one, that you are as well prepared as possible. Lamaze has helped millions of women successfully give birth, and hopefully reading this article has helped you determine if it may be something for you.

Reading books to children not only opens their imaginations, it teaches communication skills from which they will benefit their entire lives.

What is Circle of Security Parenting?

The goal is to teach parents about what attachment needs their children may express at different stages and how to meet them. 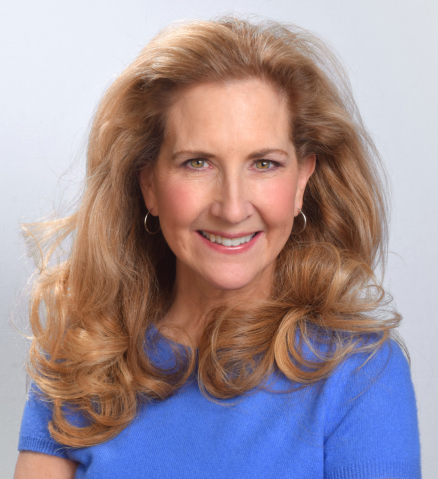